Black Smoke Matters is still fighting against some FMCSA regulations but is battle already lost ?

Home > News > Black Smoke Matters is still fighting against some FMCSA regulations but is battle already lost ?
Published by iTrucker at 16 Apr
0

Black Smoke Matters is still fighting against some FMCSA regulations but is battle already lost ?

“For months, members of a Facebook group named Black Smoke Matters (BSM) have been calling for an trucking industry-wide shutdown, which started April 12, to bring national attention to what the group says is government overreach that is hurting truck drivers’ bottom lines”.  According to article in freightwaves.com and its author Clarissa Hawes

Black Smoke Matters was a group with about 26000 members nationwide, well not anymore. The group has been closed  by its admins  on April 13 after disappointing outcome of April 12 “Slow Roll ” lack of attendance and unity between members.

But according to admins of the group they not giving up the fight. They just reorganizing and will continue fight against Hours of Service (HOS) regulations and other important issues like lack of parking for trucks.

In our opinion lack of unity and to much disagreements between truck drivers and protest organizers was  a main reason for failure of April 12 call for trucks shutdown. But knowing  proud American Truckers they won’t  back down and after call for reorganization by admins and organizers of Black Smoke Maters and other related groups they will continue their fight against overregulating trucking industry. 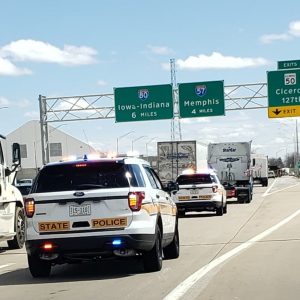 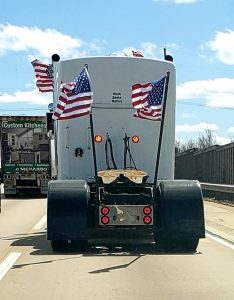 You can read more at : freightwaves.com/news/trucking/black-smoke-matters-protest-continues-this-week-as-truck-drivers-rail-against-overregulation?utm_campaign=Daily%20Newsletter&utm_source=hs_email&utm_medium=email&utm_content=71760386&_hsenc=p2ANqtz–ZSIhXYMNXCr86RGjlLjM69YB6bqyrvN15CoRTtorrajp7nlec4t7lWIaNY_-NUb9V3CBZGnUJ0H7K7zBufwzQ7D1prQ&_hsmi=71760386

Credits to : freightwaves.com and Clarissa Hawes