KANOSH, Millard County, 7/25/2021 — A sandstorm in Millard County led to 7 fatalities and various injured motorists in a series of crashes including semi-trucks and cars Sunday afternoon west of Kanosh, Utah. Several people have been transported to area hospitals in critical condition.

It appears that at least 20 vehicles were involved in Sunday’s crashes after high winds caused a sand or dust storm and impaired visibility on the roadway.

The crash happened around 4:30 p.m. on Interstate 15 near milepost 152, between the Meadow and Kanosh exits. Southbound traffic in the area has been shut down.

No names of victims will be released until 24 hours after notifications are made to next of kin. 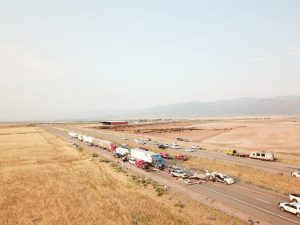 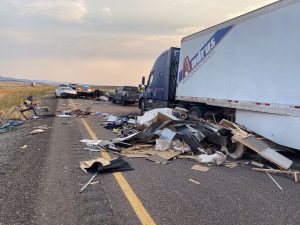 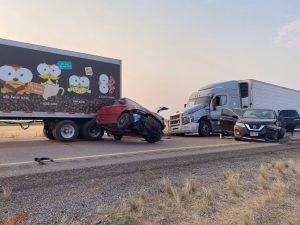 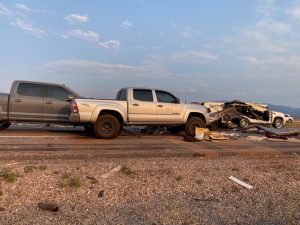