DAT load board hit by technical problems; no time was given on full service return

Home > News > DAT load board hit by technical problems; no time was given on full service return
Published by iTrucker at 16 Jan
0

DAT load board hit by technical problems; no time was given on full service return

The DAT load board has been suffering technical problems since sometime Thursday morning, according to multiple sources and various statements coming from DAT.

“Our engineers are working to correct the issue ASAP,” DAT’s Joel Weiler wrote in a Facebook post in the Trucking: Rates & Lanes Facebook group. “Some users are able to login at this time, but still may be experiencing slowness. We will keep you posted.”

On Twitter, this is how DAT kept its followers up to date during the early afternoon. 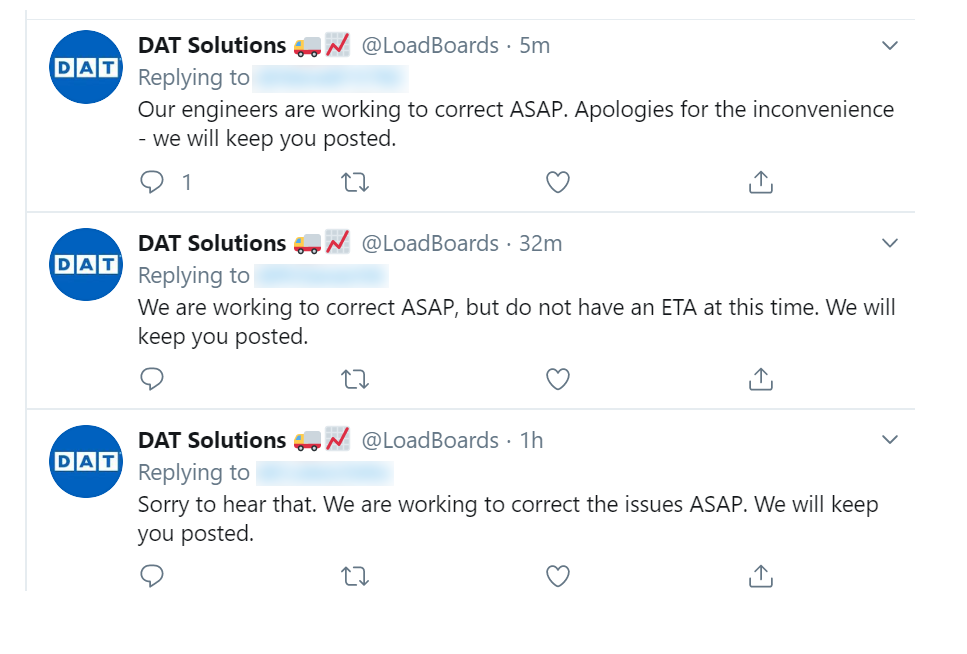 The DAT login screen at approximately 1:30 p.m. EST said the system was “currently experiencing a system issue with our Load Board service. Our engineers are working on it and we should be back shortly.”

Although the cause is unknown, the fact that the two biggest load board companies both went down for an extended period of time less than a month apart inevitably brings up thoughts of what happened to Truckstop.com just before Christmas. Truckstop later said it was a ransomware attack on its system that caused an outage that lasted several days.