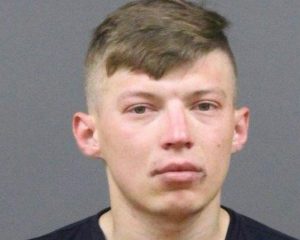 The owners of defunct Westfield Transport Inc. of West Springfield, Massachusetts, who hired a driver (Volodymyr Zhukowskyy) accused of killing five motorcyclists and two passengers and injured seven others, in New Hampshire in June 2019, were indicted on federal charges of falsifying driving logs, on Friday.

Dunyadar (Damien) Gasanov, 36,  was indicted on one count of falsification of records, one count of conspiracy to falsify and one count of making a false statement to a federal investigator. He is still wanted by investigators. According to records from the Massachusetts Secretary of State’s Office, he is listed as the supervisor of Westfield Transport.

His brother, Dartanayan Gasanov, 35, who was arrested Friday, was charged with one count of falsification of records. He is listed as the president, treasurer, secretary and director of the shuttered company,  the company’s SOS records state.

According to the indictment, from May 3, 2019 to June 23, 2019, the owners of Westfield Transport falsified driving logs “in order to evade federal regulations designed to ensure the safety of roadways and drivers.”

The indictment further alleges that Dunyadar Gasanov instructed at least one Westfield Transport employee to falsify records to exceed the number of permissible driving hours. He then “made a false statement to a federal inspector regarding the manipulation of recording devices that track drivers’ on and off duty hours in order to evade regulations,” according to federal prosecutors.

The National Transportation Safety Board (NTSB), an independent agency called in to investigate the fatal crash, claims in its report that Westfield Transport’s owners tried to add Volodymryr Zhukovskyy, 24, of West Springfield, to its insurance policy an hour after the driver was involved in the fatal crash.

The NTSB report also alleges that Westfield Transport managers and drivers  “routinely tampered with electronic logging devices and falsified hours-of-service logs,” and called for the Federal Motor Carrier Safety Administration to remove KeepTruckin devices from its list of approved vendors that track the number of hours truckers can legally drive each day.

Westfield Transport used KeepTruckin’s automatic onboard recording devices (AOBRDs), which investigators claim carriers are able to tamper with and “falsify” hours-of-service logs. However, investigators state that on the day of the fatal crash, Zhukovskky was using paper logs because his logging device in his truck wasn’t working.

The NTSB is also investigating another fatal crash involving a KeepTruckin device after a tractor-trailer crossed the median and struck a motorcoach in New Mexico, killing eight people, on Aug. 30, 2018. Investigators claim the commercial driver had “falsified the HOS logs” on the day of the crash and had doctored his logs in the days leading up to that fateful day.

Although the NTSB investigation is still ongoing into the New Mexico crash, investigators discovered other drivers working for the same carrier also falsified their logs to drive longer hours using KeepTruckin technology.

Westfield Transport hired Zhukovskyy two days prior to crossing the center line and colliding with a group of Jarheads Motorcycle Club motorcyclists who were headed to a charity event at the local American Legion in Gorham on June 21, 2019, in Randolph, New Hampshire.

According to the NTSB report, Zhukovskyy admitted to using heroin and cocaine on the day of the crash. Zhukovskyy, who is charged with multiple counts of negligent homicide, is currently in prison, awaiting trial in New Hampshire. Investigators claim Westfield Transport failed to check Zhukovskyy’s driving record before hiring him as he had multiple traffic and drug arrests in the two years since obtaining his commercial driver’s license (CDL).

KeepTruckin, which has placed on FreightWaves’ FreightTech 25 list for three straight years, disputes the NTSB findings that its devices, designed to track the number of hours a trucker can legally drive, are not compliant with federal regulations. The company claims investigators conflated the carrier’s use of KeepTruckin’s AOBRD with KeepTruckin’s ELD system — two different technologies operated under different sets of rules, Travis Baskin, head of regulatory affairs of KeepTruckin, told FreightWaves.

“The NTSB report suggests that the KeepTruckin ELD didn’t record a malfunction code for the location discrepancy when Westfield Transport disconnected their smartphones from the ELD in an attempt to falsify their logs,” Baskin told FreightWaves. “FMCSA doesn’t require that the ELD record a malfunction event when no mobile device is connected or when a driver is not logged into an ELD.”