Home > News > Semi-truck tanker attempted to drive through the crowd on I-35 W in Minneapolis, driver arrested (with video)
Published by iTrucker at 01 Jun
0

According to the article in the minnesota.cbslocal.com– “Minnesota Department of Public Safety says a tanker truck driver is in custody after speeding through protesters on the Interstate 35W Bridge in Minneapolis Sunday”.

“The Department of Public Safety says that as of yet, they are not notified of any injuries and that medics haven’t been called, which could be a good sign but it’s too soon to be sure.

“MnDOT footage appears to show the crowd already having split up before the truck came into the picture, which means the crowd could have already seen the truck on its way in.” According to the cbslocal.com 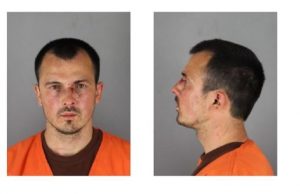 Very disturbing actions by a truck driver on I-35W, inciting a crowd of peaceful demonstrators. The truck driver was injured & taken to a hospital with non-life threatening injuries. He is under arrest. It doesn’t appear any protesters were hit by the truck. #MACCMN